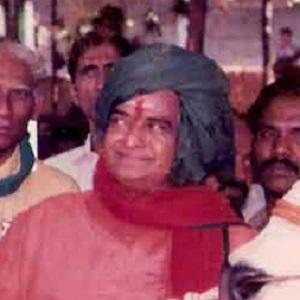 This politician and Chief Minister of the Indian State of Andhra Pradesh also had a highly successful career as a movie actor, producer, and director, earning Filmfare Awards for his roles in Raju Peda and Badi Panthulu and National Film Awards for his directing work on Varakatnam.

He began his screen acting career by playing a small role in the 1949 film Mana Desam.

In the early 1980s, he established an Indian political party called the Telugu Desam Party (TDP).

His two marriages -- to Basavatarakam and fellow politician Lakshmi Parvathi -- produced a total of twelve children.

His grandson, Nandamuri Kalyan Ram, also had a successful career as a screen actor.

NT Rama Rao Is A Member Of