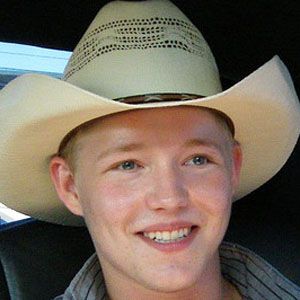 Best known as the runner-up on Canadian Idol's fifth season, this country singer and songwriter released his first album, Cowboys and Cadillacs, in 2008. A second recording, Easy to Love, followed in 2010.

He auditioned for Canadian Idol with the 1952 R&B hit "Lawdy Miss Clawdy."

He was defeated in the Canadian Idol competition by rock and pop vocalist Brian Melo.

He and his five sisters grew up in Alberta, Canada, in a family of musicians. He and his parents formed a band called The Bixbys that performed at events such as rodeos and weddings.

He and "Call Me Maybe" singer Carly Rae Jepsen were both finalists on season five of Canadian Idol.

Jaydee Bixby Is A Member Of