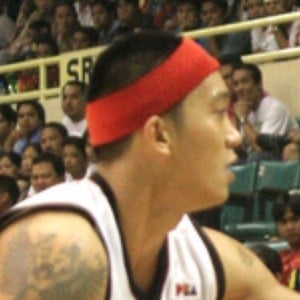 Retired guard who spent the entirety of his decorated PBA career as a member of the Barangay Ginebra San Miguel. Between 2000 and 2017, he won 6 PBA titles, 1 PBA MVP award and was named to 7 PBA All-Star teams.

He moved from the Philippines to the United States when he was 6 years old. He went to college at Kentucky State University.

He has dated actress Rr Enriquez.

He and Mark Caguioa formed the backcourt tandem known as "The Fast and the Furious," which many consider to be the best in PBA history.

Jayjay Helterbrand Is A Member Of