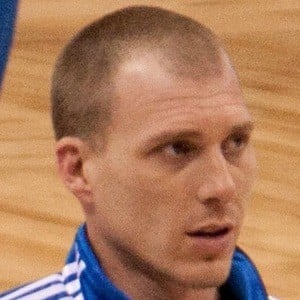 Nicknamed "White Chocoolate," he is a point guard who won the 2005-2006 NBA championship as a member of the Miami Heat. He was drafted by the Sacramento Kings and spent other parts of his NBA tenure with the Memphis Grizzlies and Orlando Magic.

He was a basketball teammate of Randy Moss at DuPoint High School. He originally committed to play college ball at Providence College, but chose Marshall University. He then followed Marshall coach Billy Donovan to the University of Florida after Donovan was hired by the latter.

He set a Florida Gator single-game record with 17 assists. After a long NBA career, he played in the 3-on-3 basketball league called the BIG3.

He married Denika Kisty. They have three children.

He was part of the Heat championship team led by Dwyane Wade and Shaquille O'Neal.

Jason Williams Is A Member Of