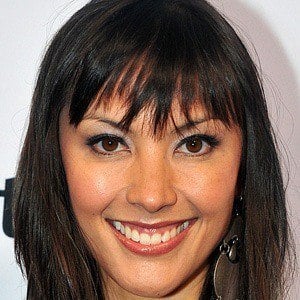 Australian television presenter, model, and actress who has co-hosted the show The Contender Asia. She has also hosted Singapore's AXN's eBuzz.

She started modeling as a teenager and started a film career in Hong Kong in 1999.

She became a spokeswoman for Silkygirl in 2005 as well as an ambassador for Mitsubishi and its i-Play edition.

She was raised with her family in Australia before moving to Hong Kong to start her career.

She was signed to Media Asia by Jackie Chan in 1999.

Jaymee Ong Is A Member Of