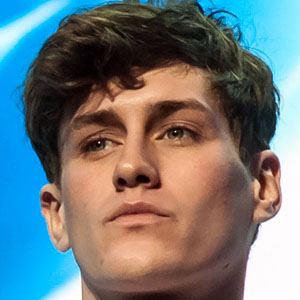 French film actor and vocalist best known for his role in the 2004 drama Les Choristes (The Chorus). His other movie credits include roles in Le Grand Meaulnes, Hellphone, and L'Auberge Rouge.

He trained as an actor at New York City's famous Lee Strasberg Institute.

He was born in Brignoles, France to a filmmaker father. He has a brother named Benjamin. He began dating artist and comedian Lea Arnezeder in 2016.

He co-stars with Clemence Poesy in the 2006 drama Le Grand Meaulnes.

Jean-Baptiste Maunier Is A Member Of