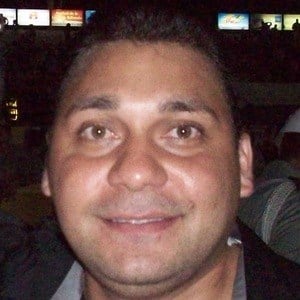 Singer and composer who is known for his work in vallenato, bolero, and salsa styles of music. He is recognized for being the lead vocalist of the vallenato group Binomio de Oro de America as well as for his solo albums and singles.

At the age of fourteen, he would travel throughout the Department of La Guajira where he would sing at different parties. In 1992, he participated in a song contest in San Juan del Cesar. He joined Binomio de Oro de America in 1993 and went on to release a solo album in 2006.

In September and October of 2017, he toured Europe as a singer stopping in Paris, Valencia, Madrid, and Barcelona.

His grandfather Reynaldo was also a musician who played the trumpet and drums.

He shared a photo with fellow singer and musician Daniel Calderon to his Instagram in October of 2017.

Jean Carlos Centeno Is A Member Of