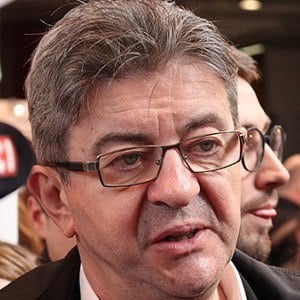 French politician who was named the member of the National Assembly for Bouches-du-Rhône's 4th constituency in 2017. He has previously been a Member of the European Parliament and  Minister Delegate for Vocational Education.

He received a degree in philosophy from the University of Franche-Comté and initially worked as a teacher.

He was twice elected as a Senator of Essonne.

His father Georges was a postmaster and his mother Jeanine was a primary school teacher. He has a daughter named Maryline.

He served in a cabinet position during the tenure of Prime Minister Lionel Jospin.

Jean-Luc Mélenchon Is A Member Of