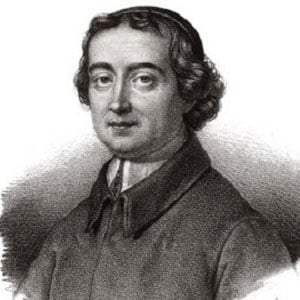 Remembered as both a preacher at the Palace of Versailles and as the Bishop of Clermont, this Roman Catholic cleric was one of the most respected religious leaders of early eighteenth-century France.

He began his clerical career in his late teens and quickly developed a reputation as an eloquent religious speaker, eventually being appointed head of Paris' Oratorian Seminary of Saint Magloire.

His sermons had widespread appeal due to their lack of dogmatism and their focus on real human emotion.

The son of a notary for the French royal court, he spent his youth in Provence.

He delivered an oration at the funeral of King Louis XIV of France.

Jean Baptiste Massillon Is A Member Of