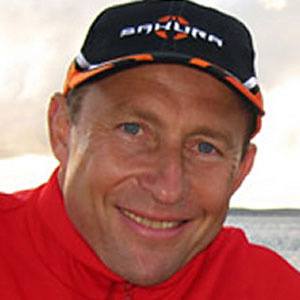 French striker known for his volley shots. He led Olympique Marseille to four league championships in a row.

He began his professional career with Valenciennes in 1984.

He joined the Italian team, A.C. Milan, for a then-unprecedented sum of £10 million.

His daughter was diagnosed with cerebral lesions, prompting him to set up a foundation, Neuf de Coeur (Nine of Hearts), for children with the same condition.

He was teammates with Lilian Thuram on the French national team from 1994 to 1995.

Jean-Pierre Papin Is A Member Of