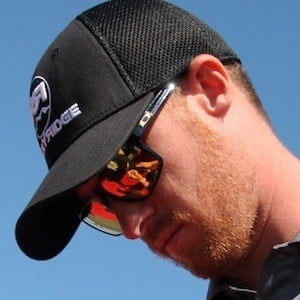 American race car driver who began his NASCAR career in 2012.

He made his NASCAR Camping World Truck Series debut at the 2012 Kroger 250, which was won by Kevin Harvick.

Jeb Burton Is A Member Of