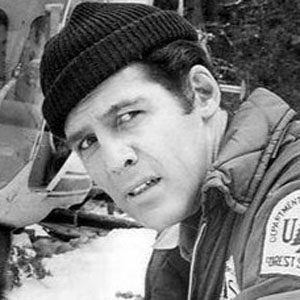 After playing Don Craig on NBC's Days of Our Lives for over a decade, Allan portrayed C.C. Capwell on Santa Barbara, Edward Quartermaine on General Hospital and Rush Sanders on Beverly Hills, 90210.

Early in his acting career, he played Ace Hubbard on the CBS soap opera Love of Life and appeared as Ranger Scott Turner on the popular Lassie series.

In the late 1970s, he received two consecutive Best Actor Soapy Awards for his portrayal of Don Craig on Days of Our Lives.

He was born and raised in New York City. His marriage to Toby Brown lasted from 1958 until Brown's death in the early 2000s and resulted in sons named Mitch, Dean, and Rick.

After taking over Nicolas Coster's role on the CBS soap opera The Secret Storm, Allan shared the screen with Coster in Santa Barbara.

Jed Allan Is A Member Of