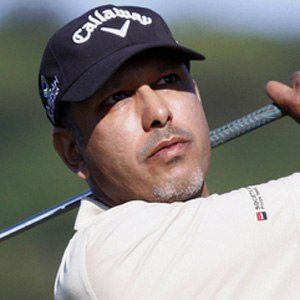 He was the first Indian golfer to play on the European Tour, winning his first event in 2006, the Volvo China Open.

In 1993, he won the NCAA Division II individual golf championship.

He was awarded the Padma Shri in 2007, the fourth-highest civilian award that the Indian government can give.

His son Harjai was born in 2010; his parents and Nirmal Kaur were both competitive athletes.

He tied for ninth in the 2008 PGA Championship; the winner was Padraig Harrington.

Jeev Milkha Singh Is A Member Of