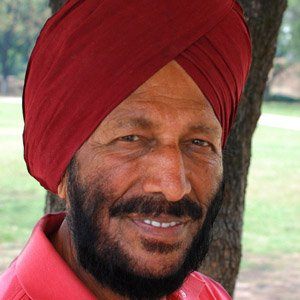 He joined the Indian Army in 1951, and was introduced to track and field while stationed at the Electrical Mechanical Engineering Centre in Secunderabad.

He won four gold medals in the Asian Games, with two coming in 1958 in Tokyo, and two more in 1962 in Jakarta, and gained the nickname "The Flying Sikh."

He married volleyball player Nirmal Kaur, and together they raised five children.

Indian Prime Minister Jawaharlal Nehru helped persuade him to compete in a 1960 race.

Milkha Singh Is A Member Of