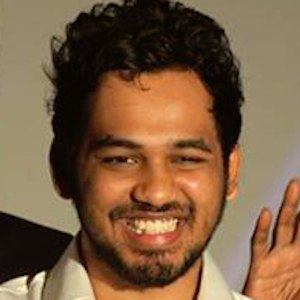 Singer known for being half of the Indian duo Hiphop Tamizha alongside Adhi Venkatapathy. They're known for the album Hip Hop Tamizha as well as scoring several Tamil films.

Originally going by the name Jeeva Beats, he met Adhi through the website Orkut. They started making music together in 2005.

Their 2011 single "Club le Mabbu le" earned them a deal with Remy Martin and they also have a clothing line.

While Adhi serves more as the face of the duo, Jeeva is largely known for being out of the public eye.

They scored the 2016 movie Kathakali, which starred Catherine Tresa.

Jeeva R. Is A Member Of