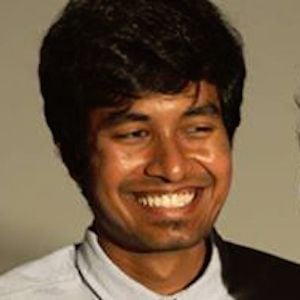 One half of the Indian musical duo Hiphop Tamizha alongside Jeeva R. The pair released their debut eponymous album in 2012 and have since provided film scores and soundtracks for films like Indru Netru Naalai, Thani Oruvan, and Kathakali.

His interest in hip hop music was sparked when he was in tenth grade. After he began uploading rap songs to the internet, he began rapping in Tamil at the encouragement of fans.

Because his father wanted him to pursue more traditional studies, he earned a degree in electrical engineering from Bannari Amman Institute of Technology, eventually going on to earn an MBA from University of Madras and a Ph.D at Bharathiar University.

His parents had no musical background, with his father working at Bharathiar University and his mother working in agriculture.

Adhithya Ramachandran Venkatapathy Is A Member Of