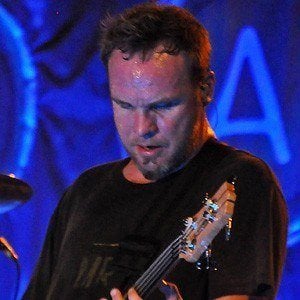 American musician and bassist for the rock band Pearl Jam, as well as the grunge groups Green River and Mother Love Bone.

He studied art at the University of Montana prior to pursuing music professionally.

Pearl Jam's 1993 album Vs. set a record at the time for selling the most copies of an album in a week.

He has been with his partner, Pandora Andre-Beatty, for many years.

He once played with former drummer Dave Abbruzzese in Pearl Jam.

Jeff Ament Is A Member Of