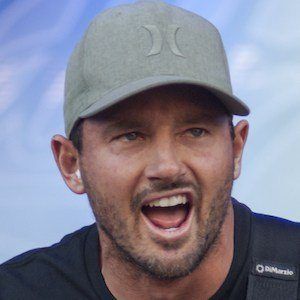 Guitarist best known as a member of the Australian metalcore band Parkway Drive. He and the achieved great popularity through releases like 2015's Ire, which reached number one on the Australian ARIA Charts.

Shortly before Parkway Drive's 2015 tour, he ruptured two tendons and tore a ligament in his hamstring, requiring surgery.

He has performed alongside vocalist Winston McCall in Parkway Drive.

Jeff Ling Is A Member Of