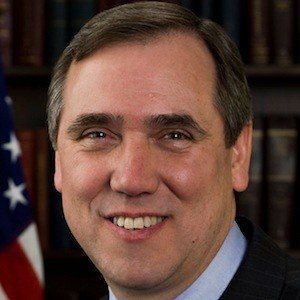 Politician and member of the Democratic party who became a U.S. Senator from Oregon in 2009 after serving five terms in the Oregon Legislative Assembly.

In 1982, he earned a Master of Public Policy degree from the Woodrow Wilson School at Princeton University. He then began working at the Office of the Secretary of Defense on the security of American military technology.

He championed legislation in the Senate that provided new mothers with a private space and flexible break times to pump breast milk once they returned to work.

He had two children with his wife Mary.

He and Rand Paul co-sponsored an amendment that required the President to deliver a timeline for an accelerated transition of all military and security operations to the Government of Afghanistan to Congress.

Jeff Merkley Is A Member Of