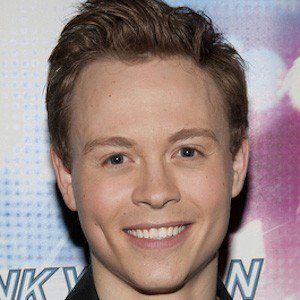 Dancer who first rose to fame in 2010 competing on the popular reality series So You Think You Can Dance. He has since gone on to appear on shows like Mirror Mirror, Once Upon a Time, and The Magicians.

He first began training at the age of five, starting in men's gymnastics. Then, at the encouragement of a family member, he began taking traditional Ukrainian dance lessons. After becoming a national gymnastics champion, he let the practice fall to the wayside in leu of dance.

He has been an assistant choreographer on numerous shows and films like Girl vs. Monster, Descendants, and Psych.

He has a sister named Kristen.

He worked alongside Sofia Carson and Cameron Boyce as a dancer and choreographer on Descendants.

Jeff Mortensen Is A Member Of