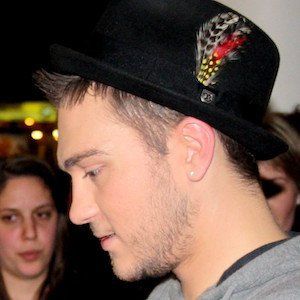 Ventriloquist and standup comedian known for performing jokes alongside his monkey puppet named Jean-Marc. The comedy duo have become known for their rude insults and interaction with the audience.

At eighteen, he was working as an electrician when he met ventriloquist David Michel in a Parisian cabaret. It was this meeting that opened him up to the concept of ventriloquism.

Since his comedy success, he and his puppet Jean-Marc have dabbled in music, releasing the singles "J'suis quand même beau" and "J'temmerde."

His birth name is Damien Colcanap. In May 2016, he married former press secretary Charlotte de Hugo.

In 2013 and 2014, he was invited to join the Marrakech du rire festival by Jamel Debbouze.

Jeff Panacloc Is A Member Of