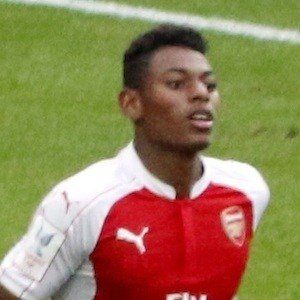 French professional football player who is best known for his work with Arsenal in the Premier League. He is known for playing as a midfielder.

He began his career with RC Lens where he played for the clubs youth team. He then went on to make his professional debut for Arsenal on January 9, 2016.

He has won several honors and recognitions including the UEFA European Under 17 Championship in 2015 where he was awarded Team of the Tournament. He is also known for winning the FA Cup as a part of the Arsenal Club in the 2016-2017 season.

He was born and raised in Champigny-sur-Marne, France.

Other players who are also on the Arsenal club team include Mathieu Debuchy, Alexis Sanchez, David Ospina, and Nacho Monreal.

Jeff Reine-Adelaide Is A Member Of