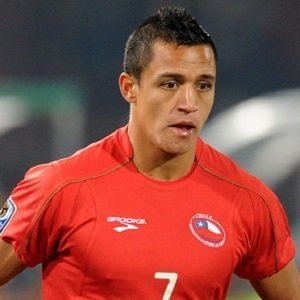 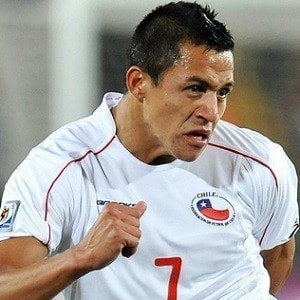 Chilean soccer forward who scored 39 goals in 88 appearances for FC Barcelona from 2011 to 2014 before joining Arsenal. In 2018, he joined Manchester United. He became a member of the Chilean national team in 2006.

He began his professional career playing for Cobreloa in the Chilean Primera Division in 2005.

He was adopted by his father Jose, who died of a heart attack in 2011.

He joined star midfielder Andres Iniesta on FC Barcelona in 2011.

Alexis Sánchez Is A Member Of