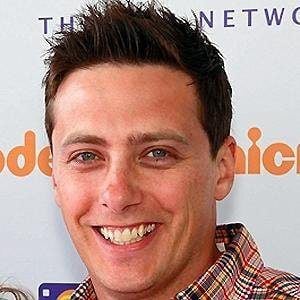 American producer and actor who is most known for hosting the Nickelodeon TV game show Figure It Out.

He matriculated from Marist College with a Bachelor of Arts degree in Communication.

He has hosted 101 Ways to Leave a Game Show for the ABC network.

The show Figure It Out was loosely based on What's My Line?, which has been hosted by Clifton Fadiman.

Jeff Sutphen Is A Member Of