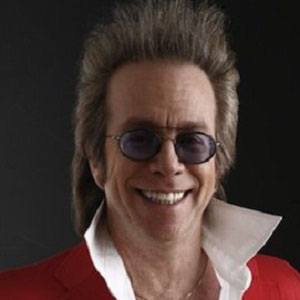 Notable as a comedy writer for Comedy Central Presents and Gurian News Network Presents, he also penned the screenplays of the comedy movies Italian Ties (2001) and Men of Violence (2016).

Before beginning his comedy writing career, he studied at Temple University and the Maurice H. Kornberg School of Dentistry and had a career as a cosmetic dentist.

He co-wrote a book titled Filthy, Funny and Totally Offensive and went on to publish the work Make 'Em Laugh: 35 Years of the Comic Strip, the Greatest Comedy Club of All Time.

The son of Raymond and Marjorie Gurian, he spent his youth in New York City's Bronx borough.

His 2003 comedy short I Am Woody starred David Vadim as Sammy.

Jeffrey L Gurian Is A Member Of