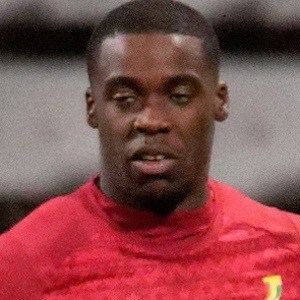 German-born Ghanaian defender who won the Premier League title with Leicester City in 2016. He was named Players' Player of the Year by the team for the 2014-2015 season.

He grew up playing for Leicester's youth team, but played for Brentford on loan during the 2010-2011 season before making his debut with the senior team.

Born in Germany, he was offered the opportunity to play for the country's U19 team early in his career, but turned it down. He joined Ghana's international team in 2011.

He and Danny Drinkwater have played together on Leicester City.

Jeffrey Schlupp Is A Member Of