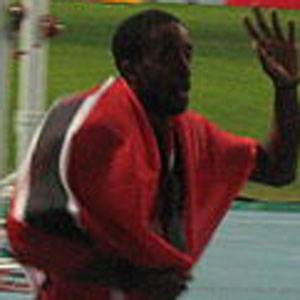 400 meter hurdle specialist who made his Olympic debut at the 2012 Summer Games in London.

He won a gold medal at the 2010 World Junior Championships.

In 2013 he gained recognition by winning gold medal at the World Championships.

He was born and raised in Trinidad and Tobago.

At the 2012 Olympics he competed against 400 meter hurdle gold-medal winner Felix Sanchez.

Jehue Gordon Is A Member Of