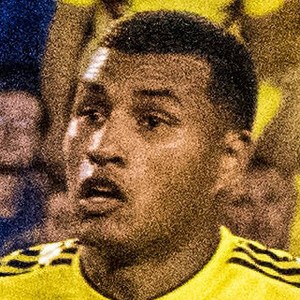 Colombian center back who known for his career in both La Liga and the Italian Serie A. In 2015, he signed a five-year contract with Inter Milan.

He earned his first cap with the Colombian national club in 2014. He was named the Best Young Player of the 2015 Copa America tournament, where he led Colombia to a 3rd place finish.

He was born and raised in Cali, Colombia. He has an older brother named Junior. He's married and has a daughter. He also has two pet Samoyeds.

He has played defense for Inter Milan alongside the team's 2016-2017 vice captain Miranda.

Jeison Murillo Is A Member Of