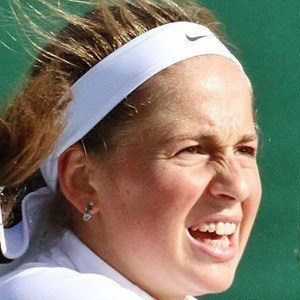 Tennis player who won the 2017 French Open title, becoming the first Latvian player to win a Grand Slam tournament. She was also the Junior Wimbledon champion in 2014.

Her mother introduced her to tennis at the age of five through her love of Serena Williams.

She competed in the 2016 Olympics in Rio.

She was born in Riga, Lativa to former football player Jevgēnijs Ostapenko and Jeļena Jakovļeva.

She beat Simona Halep in the final round of the 2017 French Open.

Jelena Ostapenko Is A Member Of