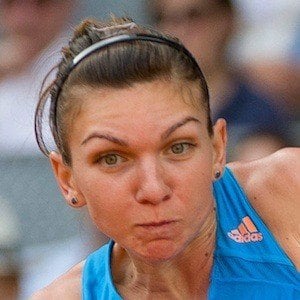 Known for her aggressive baseline style, she won the 2018 French Open and the 2019 Wimbledon tournament. She was named WTA's Most Improved Player in 2013.

She started playing tennis when she was 4 years old after watching her older brother play.

She became Romania's top-ranked tennis player in 2013 and in October 2017, she earned her first world #1 ranking.

Her father Stere became the owner of a dairy factory. She has a sister named Luminita.

Winning her first six matches in the WTA the same year was a feat previously accomplished by the great Steffi Graf.

Simona Halep Is A Member Of