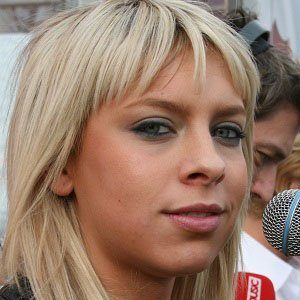 Belgian singer who originally found success as the frontwoman of the award-winning dance trio Lasgo. She later branched out as a solo artist, releasing her first solo single, "Lie Machine," in 2014.

She grew up in the town of Opglabbeek in Belgium and auditioned for the talent show Let's Go Lasgo in 2008.

She participated in the Belgian edition of Dancing With the Stars in 2010.

She replaced Evi Goffin as the singer for Lasgo in 2008.

Jelle Van Dael Is A Member Of