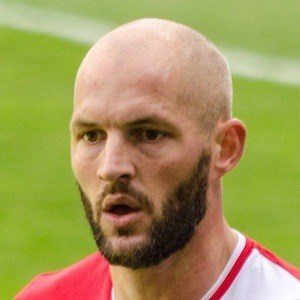 Defender who has earned more than 30 caps while playing for the Belgian national soccer team. At the club level, he found great success with Anderlecht, with whom he won Belgian League, Belgian Cup and Belgian Super Cup titles.

He began his career as a youth player for Beveren before joining the youth squad of Lokeren. He made his senior debut with Germinal Beerschot in the Jupiler League in 2001.

He made the MLS All-Star Team during his first season with the LA Galaxy in 2016.

He was teammates with goalkeeper Dan Kennedy on the LA Galaxy.

Jelle Van Damme Is A Member Of