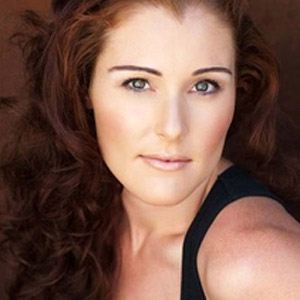 Theatre actress best known for her role as Elphaba in the Australian production of the hit musical Wicked. She was nominated for Best Leading Actress in a Musical at the Helpmann Awards for the role.

She grew up in New South Wales and sang in a band as a teenager.

She has acted on-stage in Japan, appearing as the Bride of Frankenstein in Universal Studios' "The Monster Rock and Roll Show".

She performed for musical theatre songwriter Stephen Schwartz during her audition for "Wicked".

Jemma Rix Is A Member Of