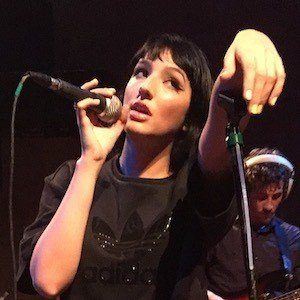 Soul singer who released her album Sketches in May 2015. She has more than 40,000 followers on her timeagelencser Instagram account.

She appeared at the premiere of Narcos for Netflix Brazil in September 2017.

She is from Hungary.

Jenni Mosello Is A Member Of