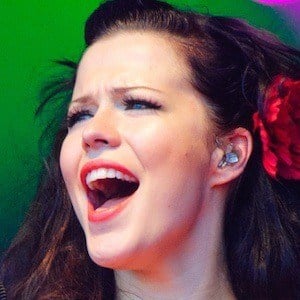 Award-winning multi-platinum Finnish artist known for her time with band Gimmel and her ensuing solo success. Her 300,000-plus album sales make her one of the 50 best-selling acts in Finland's history.

She grew up playing piano, starting at the age of six. In 2002, she won the singing competition Popstars along with three other singers. They would go on to form Gimmel.

She was a talented figure skater and might have had a future in the sport, but a back injury at the age of 16 ultimately ended her career.

She and producer Jukka Immonen started living together in 2009.

Jenni Vartiainen Is A Member Of