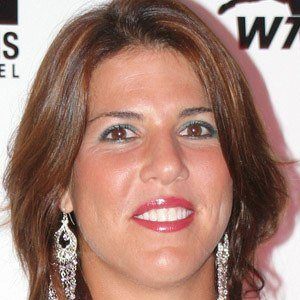 At age 13, she started playing professional tennis, and at age 14, she became the youngest player to make the Top Ten at the French Open.

She won six singles titles from 1990 to 1993, but because of burn-out, she took a 14-month break from competitive pro tennis.

Her parents, Stefano and Denise, began training her to be a tennis star as soon as she was able to hold a racket.

She won the gold metal at the 1992 Barcelona Olympics after defeating Steffi Graf in the final.

Jennifer Capriati Is A Member Of