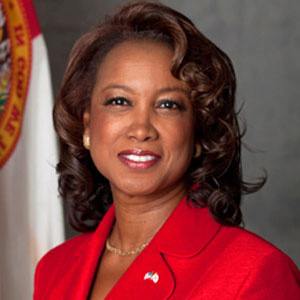 Republican politician who became the 18th Lieutenant Governor of Florida in 2011, the first woman ever elected to that position. She was forced to resign in 2013 amid allegation that she was involved in a gambling front.

She earned her MBA from the now-defunct Kensington University in California.

She had three children with husband Nolan Carroll.

She and Michael Steele are both noted Republicans.

Jennifer Carroll Is A Member Of