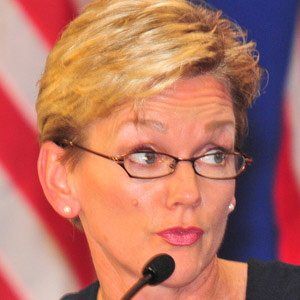 Canadian-born American politician who was the first female governor of Michigan, an office she held from 2003 to 2011. After leaving politics she became the host of The War Room with Jennifer Granholm on Current TV.

She was only the second Canadian-born governor of a US state.

She coauthored the book A Governor's Story: The Fight for Jobs and America's Future with her husband Daniel Mulhern.

She was a member of the presidential transition team for Barack Obama before he took office.

Jennifer Granholm Is A Member Of