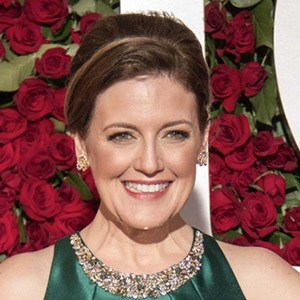 She studied at the Boston Conservatory of Music and Hunter College before she moved to New York and made her stage debut in the 1993 production of Forbidden Broadway. Her broadway debut came later in 2006 when she starred as Rona Lisa Peretti in The 25th Annual Putnam County Spelling Bee.

She has been nominated for several Drama Desk Awards including in 1997 for her role in The Thing About Men and in 2014 for her performance in Disaster! for which she was also nominated for a Tony Award.

She was born and raised in Litchfield, New Hampshire.

She starred alongside fellow stage actors Roger Bart and Kerry Butler in the 2016 production of Disaster! that opened on Broadway at the Nederlander Theatre.

Jennifer Simard Is A Member Of