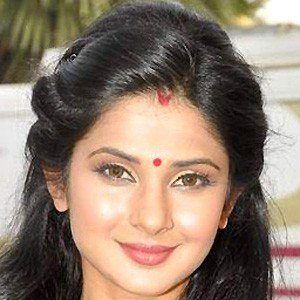 Model, actress, and TV personality most known for playing Kumud on the series Saraswatichandra.

She obtained a degree in Commerce from KJ Somaiya College in Mumbai.

She stars alongside Gautam Rode on Saraswatichandra.

Jennifer Winget Is A Member Of