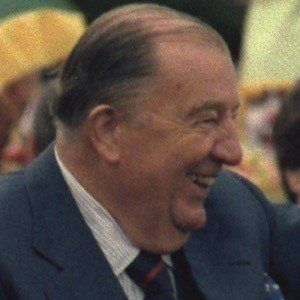 Politician and member of the Democratic party who served as a United States Senator from West Virginia from 1958 to 1985.

He graduated from the Salem Academy in 1920 and Salem College in 1922 before becoming the head of the department of public speaking and journalism at Davis and Elkins College at Elkins, West Virginia.

He was the main sponsor of the Randolph-Sheppard Act, which gave blind people preference in federal contracts for food service stands on federal properties.

He was the last surviving member of the United States Congress to have served during the first 100 days of Franklin D. Roosevelt's administration.

Jennings Randolph Is A Member Of