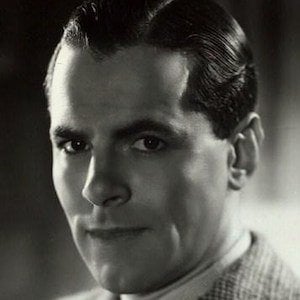 Most Popular#151357
Politician Born in Michigan#18

Actor turned politician who was the seventy-ninth Governor of Connecticut from 1951 to 1955. He was also the Ambassador to Spain, Argentina and Switzerland under Presidents Eisenhower, Nixon, and Reagan, respectively.

He graduated from Harvard Law School before he began appearing in movies such as Little Women and The Little Colonel, in which he played Shirley Temple's father.

Coordinating American and French naval movements in WW II got him started on his eventual ambassadorial career.

He is related to the famous senator .

Charles de Gaulle awarded him a medal from the French Legion of Honor.

Most Popular#151357
Politician Born in Michigan#18

John Lodge Is A Member Of