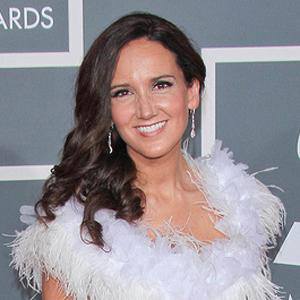 First violinist for the National Symphony Orchestra for seven years and who has released numerous albums, one of which was nominated for a Grammy Award.

She made her solo debut at the age of eight after playing violin four years previous. She has gone on to win many awards for her talents, including the Concerto Soloists National Young Artists String Competition and the Michaelian Prize in the Irving M. Klein International String Competition.

She released an album called Then Sings My Soul in 2010, which hit the #1 slot on the Top Classical Albums Billboard chart.

She married Matthew Baker and they have four children; they live near Washington DC.

She is a Mormon musician from Utah, like Dallon Weekes.

Jenny Oaks Baker Is A Member Of