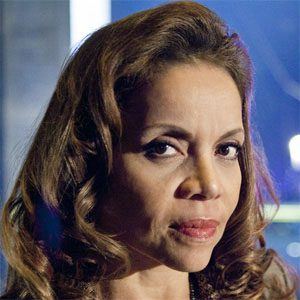 Preuvian actress who has had recurring television roles of on MacGyver and on The Agency. She also assumed a lead role in Freddie as Grandma and Dangerous Minds as Amanda Bardales.

She got her start as Juanita Romero in the TV movie, A Gun in the House in 1981 and year later appeared in an episode of the notable TV series, CHiPs.

She played the roles of Mercedes in the film Nurse Betty and later played President Martinez in the 2005 basketball movie, Coach Carter.

Born in Peru, she earned a BA at UCLA and attended the Lee Strasberg Theatre and Film Institute. She also has a son.

She started a role on the TNT police drama series Southland in its third season. The show featured Benjamin Mckenzie of previous The O.C. stardom.

Jenny Gago Is A Member Of