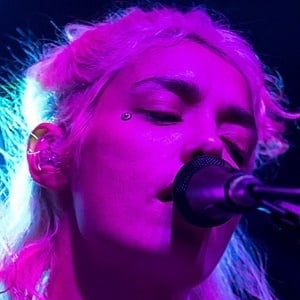 Bassist, singer and producer who came to fame as a member of the American indie rock band Warpaint. In 2015, she released her first album as a solo artist, Right On!, on Rough Trade.

She grew up in Reno, Nevada and moved to Los Angeles, California as an adult. She joined Warpaint in February 2004.

She performed bass on Boom Bip's "Goodbye Lovers & Friends" and Viv Albertine's "The Madness of Clouds."

She married award-winning British video artist Chris Cunningham. She is the sister of actress Shannyn Sossamon.

She has performed alongside guitarist Theresa Wayman in Warpaint.

Jenny Lee Lindberg Is A Member Of