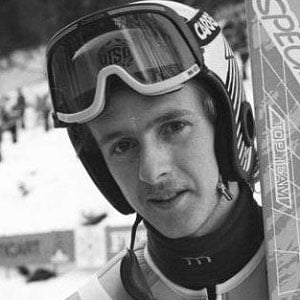 One of the most decorated German ski jumpers ever to compete, he won two gold medals at the 1994 Olympics, in individual and team large hill.

He got the nickname "Floh," which is German for "flea," for his slight stature.

He won gold in the individual normal hill at the 1984 Olympics.

He was born in Erlabrunn, Germany.

Jens Weissflog Is A Member Of