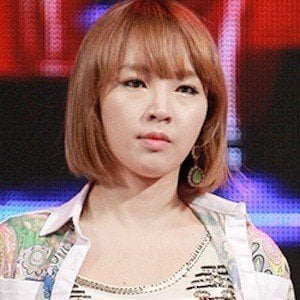 K-pop singer most well known as a member of the Cube Entertainment girl group 4Minute. She also later formed the duo 2Yoon with 4Minute bandmate Gayoon and has released numerous singles as a solo performer.

In 2014, she made her acting debut on the online drama Dreaming CEO.

She was born in Suwon, Gyeonggi-do, South Korea.

While competed on Unpretty Rapstar season two, she released the single "This Ain't Me" which featured fellow K-pop artist Jung Il-hoon.

Jeon Ji-yoon Is A Member Of