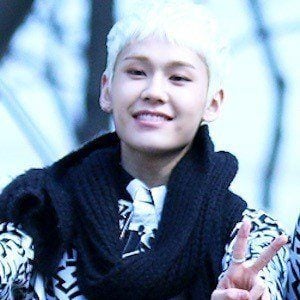 South Korean rapper and actor best known as a member of the boy band BtoB. He became an assistant MC in the variety show Weekly Idol and made his acting debut in Webtoon Hero: Tundra Show in 2015.

He studied acting at the Korea College of Media Arts after graduating from Hanlim Multi Art School.

He has collaborated with Hyuna and G.NA on multiple songs.

He has an older sister named Joo.

He joined Lee Minhyuk as a group member of BtoB.

Jung Il-hoon Is A Member Of