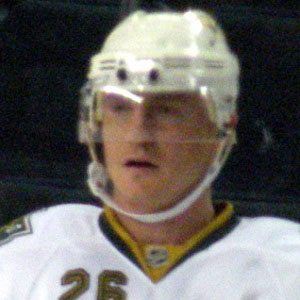 Former Finnish right winger who spent his entire 14-year NHL career with the Dallas Stars, recording 243 goals and 271 assists while helping the team win a Stanley Cup Championship in 1999.

He played for Kiekko-Espoo and TPS in the top Finnish league before coming over to the NHL.

Known for his defensive abilities, he received the Frank J. Selke Trophy as the NHL's top defensive forward in 1998, 1999 and 2003.

He married Jaana Lehtinen in June 1998 and the couple has twin girls named Anna and Sofia as well as a son named Joel.

Longtime centerman Joe Nieuwendyk took the Conn Smythe trophy as the playoff MVP when the Stars captured the Stanley Cup in 1999.

Jere Lehtinen Is A Member Of