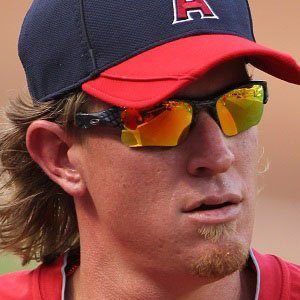 Lanky right-handed starting pitcher known for his deceptive, cross-body delivery and durability. He led the American League in strikeouts in 2010 and won 20 games in 2012, both as a member of the Los Angeles Angels.

He played baseball at Simi Valley High School in California.

He married Kristin Travis in 2011 and he has a son named Aden and a daughter named Josie. His brother Jeff Weaver used to pitch in the majors, playing most of his career for the Los Angeles Dodgers and Detroit Tigers.

His agent Scott Boras advised him to hold out after signing with the Angels to get a large signing bonus; he eventually got a bonus of $4 million, much lower than the $10.5 million Boras initially pushed for.

Jered Weaver Is A Member Of